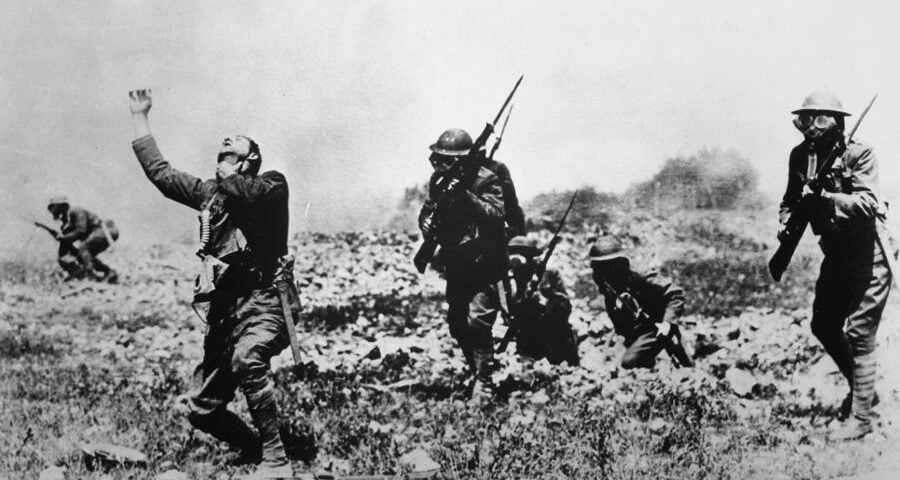 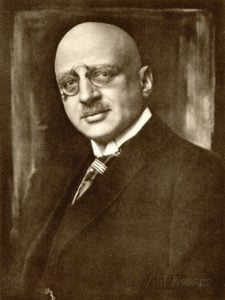 The green cloud rolled slowly toward the trenches at Ypres, Belgium, where the French and Algerian troops had dug in, waiting for the German attack. They had never seen anything like it. And many would never see it, or anything again. The soldiers began to choke and cough violently as the sickly green vapor settled over the battlefield on that fateful day in 1915. Lungs began to fill with fluid as the acrid gas stripped away their protective mucous lining. Soon, thousands lay dying, victims of a terrible new weapon. The Germans had unleashed the horror of gas warfare!

The signal to open the valves on the 5,730 canisters of chlorine gas was given by Corporal Fritz Haber, who had supervised the whole operation. It was deemed to be so successful that he was soon promoted to captain’s rank and just a year later would become the director of the German Chemical Warfare Service.

Haber, trained as a chemist at the University of Berlin, regarded himself as a great German patriot and had accordingly volunteered his services to the military. He thought that gas warfare would be an effective way to flush the enemy from the trenches and did not see it as different from using shells or bombs. Initially, German officers thought that the use of gas warfare was “unsporting” but at Haber’s urging agreed to its deployment. Haber had opposition at home as well. His wife, also a chemist, was outraged by her husband’s use of his chemical expertise in this fashion. When Haber refused to heed her pleas to stop, she grabbed his revolver and killed herself. He left the next day for the eastern front, leaving others to make funeral arrangements.

Little wonder that the name of Fritz Haber went down in history as a callous villain who introduced chemical weapons to the battlefield. 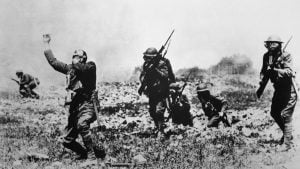 But Haber is remembered for something else as well. He was responsible for perhaps the most important invention of the 20th century, saving millions of people from starving to death. Talk about a paradox!

By the 1800s, scientists had begun to understand the nuances of agriculture. Carbon needed by all plants was supplied by carbon dioxide from the air. Hydrogen came from water. But potassium, phosphorous, and nitrogen, all essential for crop growth, had to be supplied by the soil. Once the earth was depleted of these minerals, it would become infertile. The situation could be remedied, the minerals replenished, and the soil made fertile again by plowing in manure or plant wastes. Unfortunately, it was also becoming apparent that even the most efficient recycling of waste products would not sustain the growing population.

Supplying nitrogen for crops was a particular problem. This might seem strange since about 78% of the air is made up of nitrogen. But except for legumes, plants cannot use nitrogen in this “elemental” form. Legumes have bacteria growing on their roots that can convert the gaseous nitrogen of air into a usable form. All other crops, though, have to rely on compounds of nitrogen in the soil.
During the 19th century, the primary source of nitrogen in Europe was guano (bird poop) imported from individual Pacific islands. Still, all the bird droppings Europeans could import were not enough to feed the growing agricultural industry. Luckily though, large deposits of sodium nitrate, better known as saltpeter, were discovered in the Chilean desert. This was an excellent source of nitrogen but would not last forever. Many scientists predicted massive starvation when the saltpeter ran out.

Fritz Haber turned his attention to the problem in 1904. As he saw it, the solution lay in finding a way to make use of the vast amount of nitrogen available from the atmosphere. Two years earlier, Carl von Linde had succeeded in liquefying air by first compressing it and then letting it expand rapidly, thereby cooling it. The liquid air he obtained could be separated into nitrogen and oxygen by distillation.
Haber found that if this nitrogen were reacted with hydrogen under pressure, ammonia (NH3) was formed. This was a breathtaking discovery! Ammonia gas could be pumped directly into the soil as a fertilizer, or even better, could be converted into solid ammonium nitrate by reaction with nitric acid, which itself could be made from ammonia. Ammonium nitrate was an ideal, water-soluble fertilizer.
In 1909, Haber demonstrated his process to the chemists at Badische Analin und Soda Fabrik (BASF), who, under the leadership of Karl Bosche, then worked out the final details of the large-scale industrial manufacture of ammonia. BASF signed a contract with Haber giving him a royalty for every kilogram of ammonia produced, making the chemist a wealthy man. 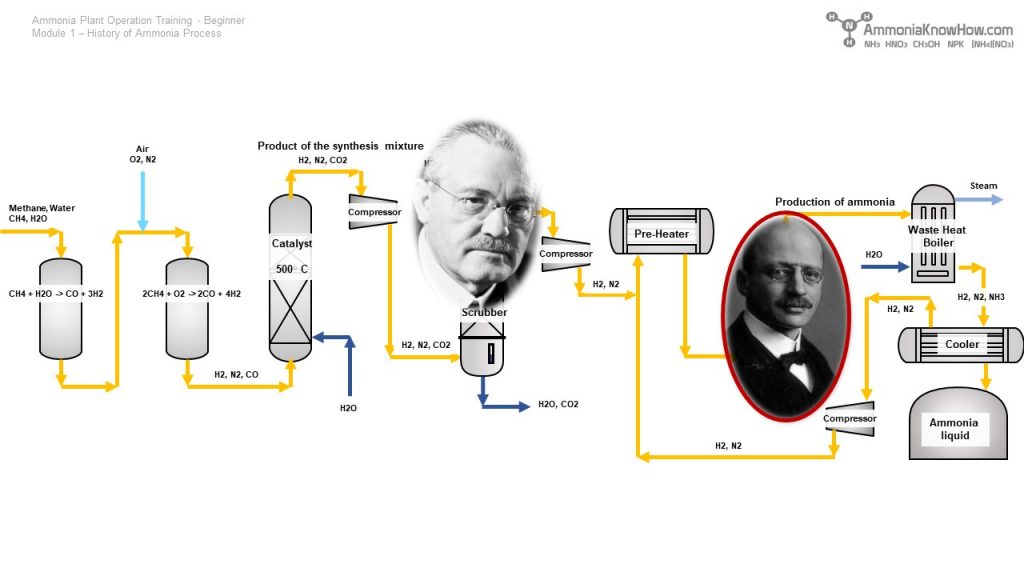 Ammonia and ammonium nitrate increased crop yields dramatically. Hungry masses could now be fed. There was no doubt the discovery of ammonia synthesis was worthy of a Nobel Prize for chemistry. And Haber received it in 1918, although not without controversy. Many scientists protested that chemical warfare’s inventor should not be honored with science’s most prestigious prize. In 1933, when the Nazi’s came to power, the renowned chemist went from being a German patriot to being the “Jew Haber.” He had never practiced his religion, and early in his career had himself baptized and joined a Protestant church to avoid anti-Semitism. Haber himself was not thrown out of his position at the Kaiser Wilhelm Institute, but he was told he would have to replace all his Jewish scientists. He then quit and left for England, saying he was unwilling to determine a scientist’s qualification by his grandmother’s ancestry.

Fritz Haber was not received warmly in England. Ernest Rutherford, former McGill professor, and Nobel-winning physicist, would not shake hands with the father of gas warfare. And so it is that Fritz Haber leaves us with a bizarre legacy. He saved millions from hunger with his synthesis of ammonia while killing thousands with his poison gases. These attacks bought gas reprisals from the Allies, which resulted in Haber’s final legacy. Injuries from gas warfare drove a Bavarian corporal out of the army and into politics. His name was Adolf Hitler.