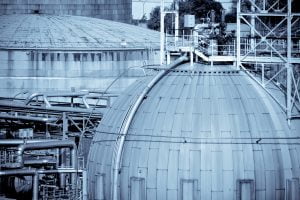 Also ammonia cannot form a jet flame in air. Results of comparison of some fire hazard indexes of ammonia and propane (the hydrocarbon) are shown in Table 1. The differences in these fire hazard indexes are very big, therefore, ensuring fire safety of large-scale storages of propane and ammonia should be different.

Table 1. Some fire hazard indexes of ammonia and propane

Assessment of fire risk is a basis for fire safety ensuring of industrial facilities with great amount of flammable materials [3]. In the basis of the risk assessment, the main question: is it possible or not to confine that industrial object in a given space with the available technological equipment?

In order to decide for a large scale onshore export ammonia terminal from the fire safety viewpoint, a set of actions has to be carefully followed, including a fire hazard qualitative analysis of the ammonia terminal, determining the main script of accidents with evolution of flammable gases and liquids and evaluation of annual frequencies of their occurrence; calculating hazardous factors of fires and explosions for these scenarios; conducting a quantitative assessment of individual and social risks of fires and explosions for the terminal; comparing calculated results with the possible fire risk values .

Brief description of an ammonia terminal

Risk management is a process of identifying the potential hazards, analysing the probability of occurrence (frequency), determining the most likely consequences of those hazards, and deciding what safeguards are required to reduce the probability of occurrence. The actual practice of risk management is not so simple. There are several different hazard identification and analysis tools to quantify risk and risk-reduction safeguards. To quantify the risk applicable to any potentially hazardous situation, one must have a clear understanding of the following steps starting with probability of the initiating event, then most likely consequence if the event occurs, the acceptable frequency (tolerable frequency) of the consequence, and the reliability of existing and proposed safeguards.

The philosophy of risk management employed at the sites when Agrium, a company concerned about the reliability of ammonia terminals automated systems. Agrium has assembled a set of anhydrous ammonia distribution sites. Although the sites met their applicable federal, state/provincial and local regulations, they lacked a standard approach to managing process risks. Moreover, risk tolerance varied from site to site despite the use of a standard risk matrix [2]. The objective of the risk management improvement project was to develop and standardize the process that would result in a consistent measure of risk exposure before and after safeguards are considered. In so doing, it was believed that Agrium would experience a reduction in process safety incidents. 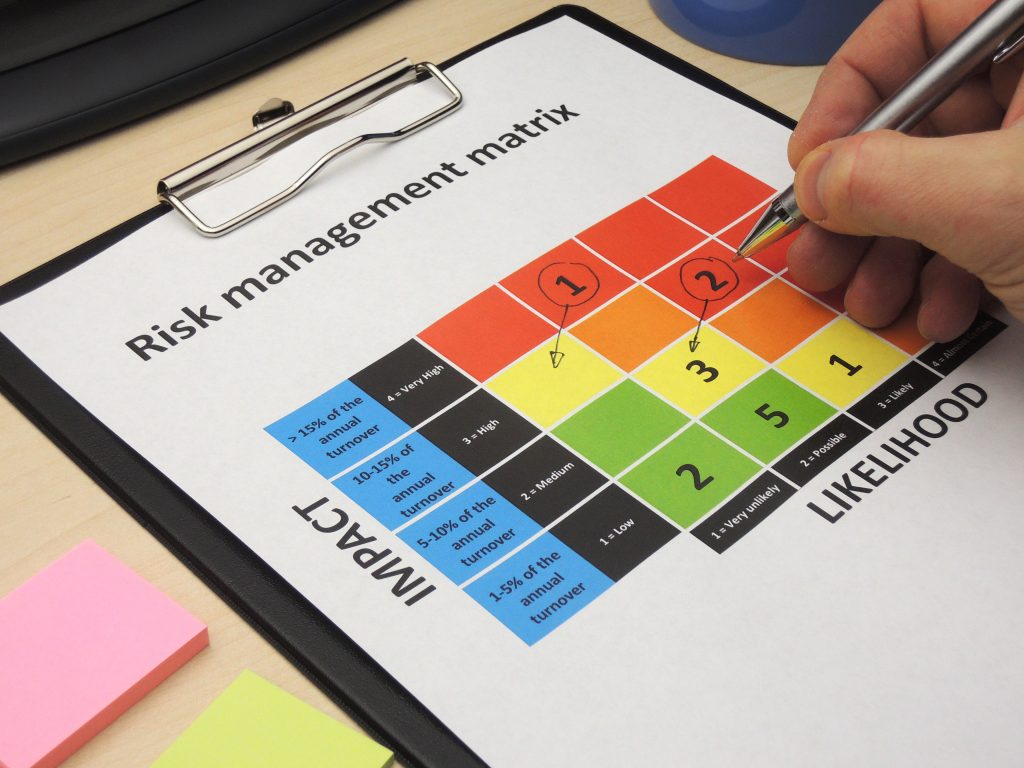 The biggest limitation in past process risk management practices was the lack of a quantitative analysis of a risk and safeguards required to mitigate the risk. While the sites did an excellent job at identifying the hazards, they did not have the tools to quantify the risk and adequate safeguards. In essence, the analysis of risk and safeguards tended to be subjective and diverse.

The second step was to develop and standardize a risk management system to reduce subjectivity.

The chosen process hazard analysis technique was conducted for an operability study, which was standardized as follows: standard set of guidewords, standard set of initiating event frequencies (sites may override if their experienced frequency is higher), standard independence criteria for safeguards and standard set of protection reliabilities.

The terminals contained in the study were North American Agrium-owned terminals that handled anhydrous ammonia. The terminals are of various ages, were designed and constructed to different standards, have different load-in and load-out capabilities, are often unmanned, and have dissimilar complexities of controls and safety instrumented systems [3]. A group of Agrium’s ammonia terminals is provided for assessing the risk management on existing facilities, and despite the changes in the facilities, a consistent technique was required to manage and evaluate the risk exposure on equal grounds.

The terminal group at Agrium decided that the analysis would be done using a standard PHA methodology by a fixed-core process hazard analysis team. The past process hazard analyses would not be referenced or utilized to encourage relying on the recently standardized process of hazard analysis methodology as the most effective quantitative means to meet the project’s objectives. Figure 2 presents an algorithm of the risk management process. Although the methodology had not been officially released as a standard yet, there was only some fine-tuning required before it could be made applicable to all sites. 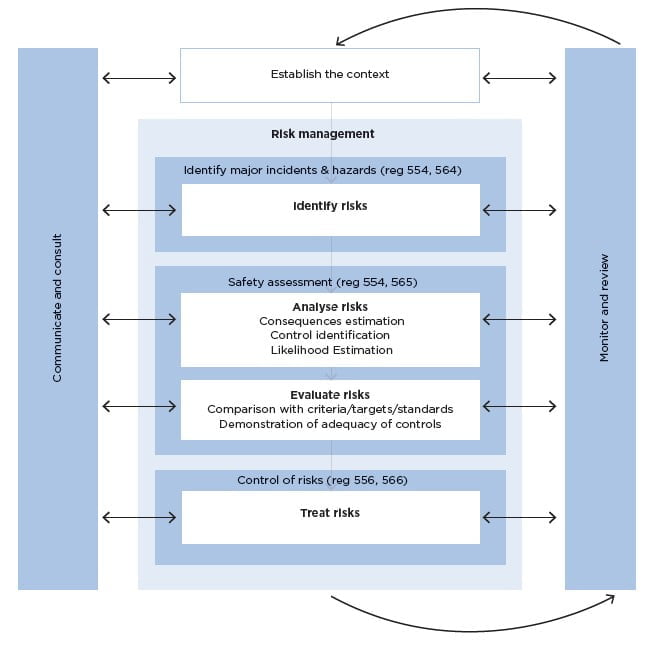 The initial plan for this project was to develop a minimal set of critical process safety systems that would apply to all NH3 terminals. The strategy was to initiate a work plan of risk managements at two modern, most recently built facilities and use the results of risk management philosophy to set the minimal standard. In other words, the existing safeguards and recommendations resulting from the risk management philosophy would be translated into a minimal set of critical safety systems.

As was realized after completion of the first two strategies of risk management, each site is unique. The differences in instrumentation and design systems were very noticeable. It would not be possible to address the root cause of all ammonia extraction scenarios with a set of standards to regulate the safety systems.

Though the objective of this study was to establish a standard of risk management across all ammonia terminals, it has been proved that the one standard fits all approach was not appropriate, and hence a unique strategy to obtain consistency was required. The plan involved utilizing a core process hazard analysis team at each terminal. The team consisted of study facilitator, terminals manager, terminals engineering manager and senior technical specialist. 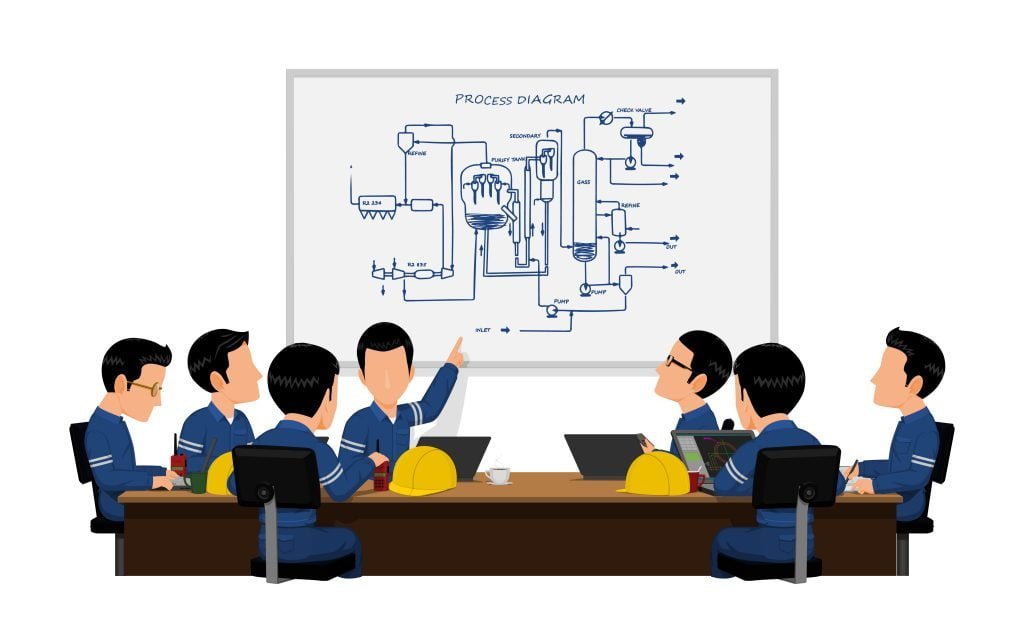 A fire risk analysis for ammonia onshore export terminal has been executed. Risk related to injuring by ammonia was not considered. A qualitative analysis of fire hazard of the terminal has been done, and typical scenarios of accidents with fires and explosions have been revealed. Frequencies of hazardous events initiation and impact zones sizes for various scenarios with fires and explosions were determined. Individual and social fire risks for population living near the terminal and for personnel were calculated. It was shown that the risk values for population do not exceed the limiting values stated by federal standards and fire safety codes. The fire risks for personnel in the country are now not regulated; therefore a comparison of the calculated risks has been done with values stated for personnel by leading oil production companies. It was concluded that the calculated risks for personnel are higher than those mentioned above and limiting risk values and the additional protective measures are needed.